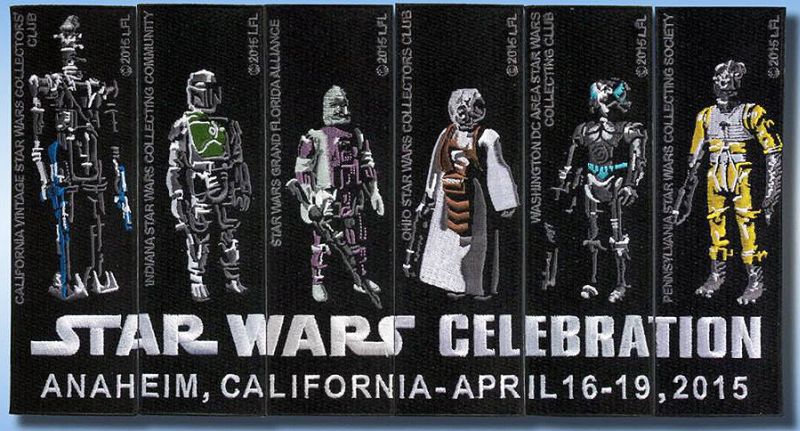 Continuing a tradition that started in 2005 and has carried through all U.S. Celebrations since, six regional Star Wars collecting clubs will be giving away custom patches at their booths at Celebration Anaheim 2015. Each Lucasfilm-approved patch is fully embroidered and depicts an action figure from the vintage Star Wars line by Kenner. Collect all six to complete your set of Bounty Hunters from The Empire Strikes Back!

The patches will be available free of charge, and only 1000 sets will be produced. Each club will set their own distribution schedule and policies. You can find the patches at the following booths: