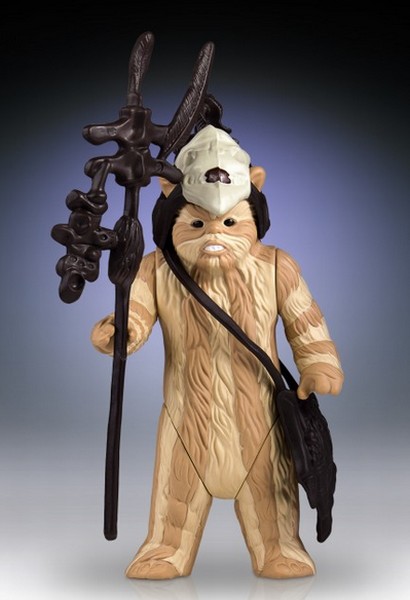 The first is Logray the Ewok. He’ll be bubble packed with a Return of the Jedi card back and includes up-scaled accessories including his headdress, medicine bag and staff.  Logray rings in at $80. The second listing is for a new 3-pack, Star Wars Villains.  The set includes Darth Vader, Stormtrooper, and Death Squad Commander.  The set is priced at $199.00 which decent price for three Jumbo figures. They are all re-packs but have not been available on the primary market for a couple of years.

Both sets are set for an early 2016 release.