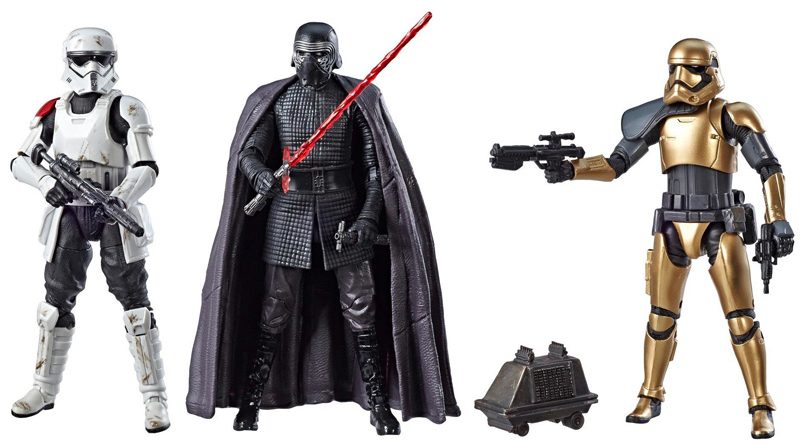 Thanks to YakFace.com and several twitter reports, we learned about an upcoming Black Series pack of exclusive figures coming to Disney parks later this year. Hasbro.com posted these photos, which were later taken down, but not before they made their way online.

The Disney Parks exclusive 4-pack includes Kylo Ren, Commander Pyre, Mountain Trooper, and an MSE Droid. Although the droid is more of an accessory, it does receive a call-out on the packaging. All of the figures appear to be new or upgraded with the Mountain Trooper being a new design with features similar to the Scarif Trooper.

No price or release date were included in the info.