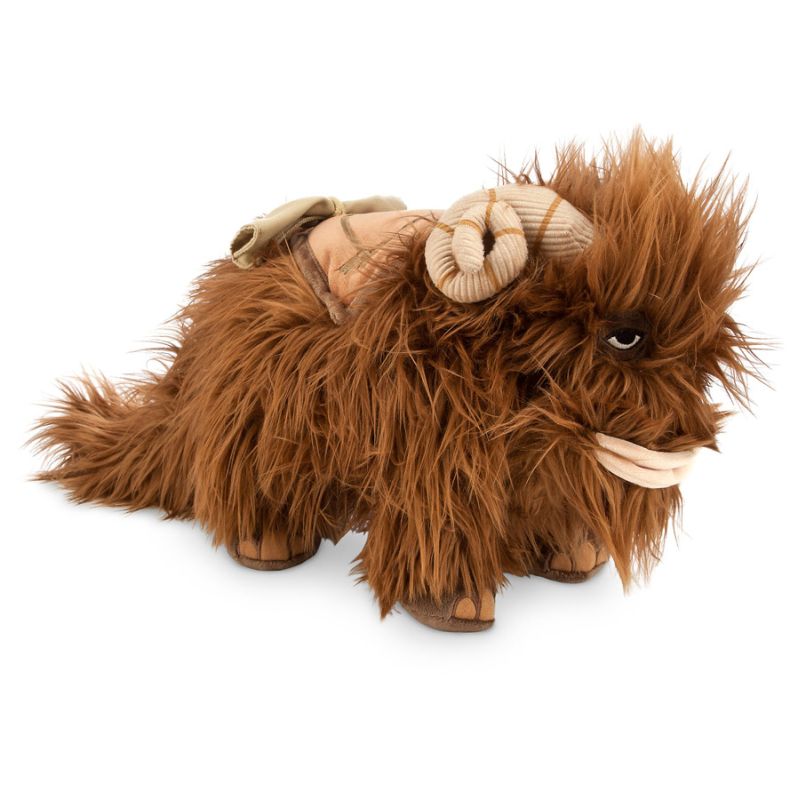 On Monday and Tuesday of this week, Disney invited several websites and media people to Disneyland to debut new Star Wars merchandise that will be available at Disney Stores around the country.  The stores have already started with a soft launch, some items are already available, but will be debuting new items and new promotions beginning May 4th.

On May 4th, the first 100 people to each Disney Store will receive a limited edition pin and can pick up trading cards, with new cards debuting each week through May.  Other events include a Medal of Bravery Ceremony, lightsaber training and learning the Jedi mind trick.  The full press release of events is posted on StarWars.com.

New toys that the Disney Store will be selling include a line of plush dolls, ceramic mugs, die-cast vehicles, 12″ talking action figures and a line of pre-posed figures representing each of the three Original Trilogy movies.

The Plush line has two scales, Mini and Medium, with the Mini series having an MSRP of $9.95 while the Medium rings in at $19.95.  Disney showed off R2-D2, Jawa, Chewbacca, Tauntaun and Bantha.  One of the cool features is that R2-D2 has a rotating head.  He’s considered a Mini along with the Jawa while Chewbacca and the Bantha are in the Medium line.  The plush line should be in stores now.

Debuting on May 4th is the line of 12″ talking figures.  While they’re basically 1:6 scale they do have varying heights with some, like Chewbacca and Darth Vader, being taller than the others.  A prototype of Boba Fett was shown to the attendees at Disneyland but won’t be out for the launch in May.  Each of the figures in the line have articulation and will have 15 or more phrases, lights and sounds.  The price point for the talking figures is $29.95.

The un-articulated figures will come in 6-packs priced at $12.95 per set.  Each set represents one of the Original Trilogy movies and includes characters such as Luke, Han, Chewbacca and Darth Vader for A New Hope while Boba Fett and Yoda come in The Empire Strikes Back set and Jabba, Slave Leia and a Gamorrean Guard anchor the Return of the Jedi set.  These should also be available for the May 4th launch.

Character mugs have long been a staple of Star Wars collecting and Disney is carrying it forward with new ceramic mugs featuring the likenesses of R2-D2, C-3PO, Darth Vader, Chewbacca, Stormtrooper and Luke in his X-Wing helmet.  The mugs have varying shapes and sizes depending on the character they are representing but they all have have an MSRP of $14.95.

Disney also showed off prototypes for a new line of die-cast vehicles that will be coming later in the year.  The line will come in two price ranges, $9.95 and $19.95, and from reports, should be on par with the Ultra Titanium line from Hasbro with each of the ships featuring moving parts.  Shown off were the Millennium Falcon, AT-AT, X-Wing, Snowspeeder, Speederbike, and both a regular TIE Fighter and Darth Vader’s TIE Advanced.

The final items shown were childrens’ costumes of Darth Vader and Stormtrooper.  The MSRP given was $59.95 each and there will be small through extra large sizes.