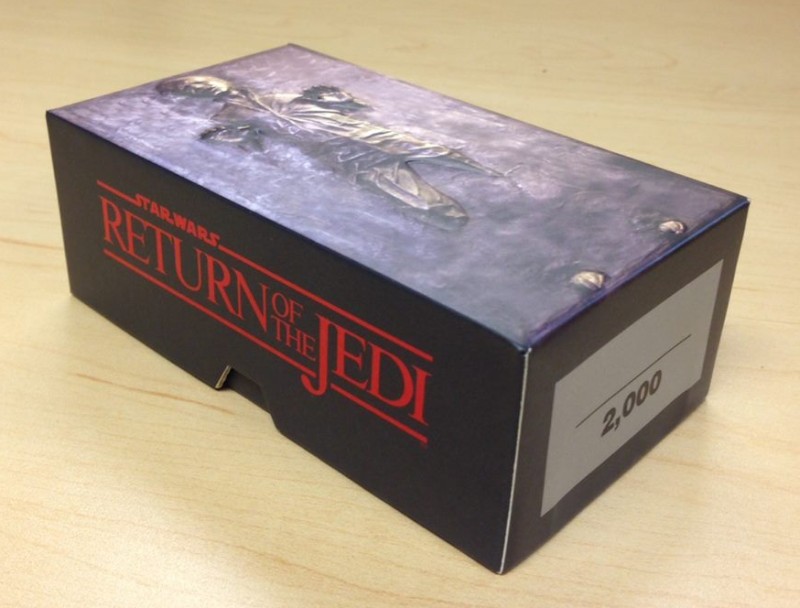 Topps posted a photo to their Facebook page last night showing a teaser for an upcoming Star Wars release.  The box, shown in the photo, features Han frozen in Carbonite with a Return of the Jedi logo on the side and what appears to be an edition size of 2,000 listed on the bottom.

Nothing else was mentioned but Topps announced during New York Comic Con that a Return of the Jedi 3D release was scheduled for later in 2014 and it would seem logical that this could tie in with that set.  Whether this is an additional premium or if it’s a limited release of the full set, which is rumored to be an online exclusive already, remains to be seen.

Topps also have a Star Wars Chrome Perspectives set due May 14th exclusively at hobby stores.