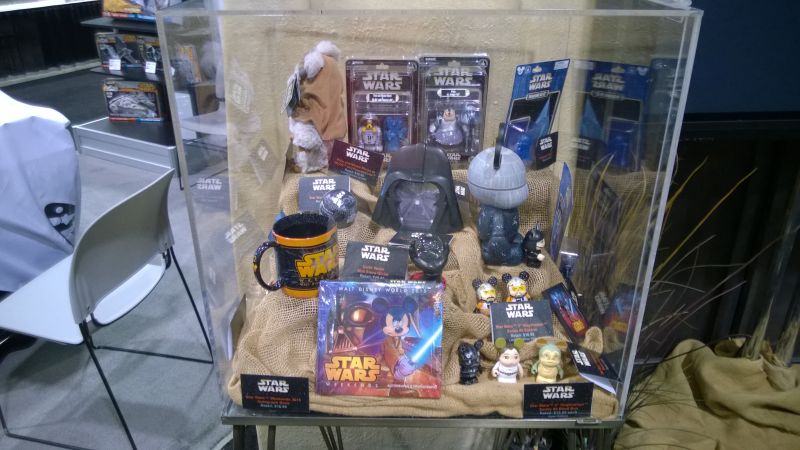 Star Wars Weekends kick off next week at Disney World Orlando and we realized that we forgot to post photos of some of the new merchandise that will be available.  During Star Wars Celebration Anaheim, Disney had two display cases featuring upcoming pins, action figures and other collectibles that will be available in the parks.

Not all items are exclusive to Star Wars Weekends, some, such as the new plush Chief Chirpa and Pluto and Minnie as Artoo and Leia, were already spotted at Disneyland.  The Droid Factory build-a-droid feature already is offering their second series of parts at Disneyland and the plan is to launch series 2 in Orlando by next week.