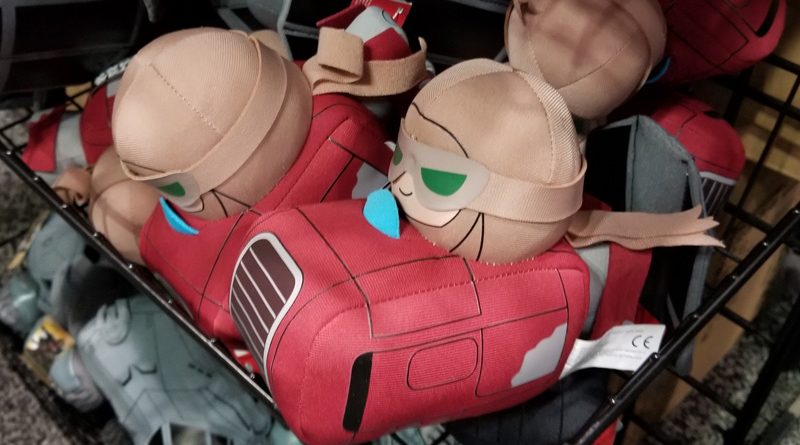 Comic Images had a big display of their plush Star Wars offerings including two sizes of Porgs and Chewbacca with a Porg, and a Praetorian Guard from The Last Jedi. Their new line of Plush Racers were there, including Rey on her speeder and Darth Vader in his TIE Fighter. They also had their vehicles and characters but no creatures. The 40th Anniversary Collectors Edition Plush were available including he new Jawa and Tusken Raider.

Last year at NYCC, Comic Images were planning a K-2SO for Rogue One but were not sure if they’d do vehicles. This year they had the U-Wing and TIE Striker available along with K-2SO and a Death Trooper and they’re already showing a TIE Silencer and new AT-AT from The Last Jedi on their website.