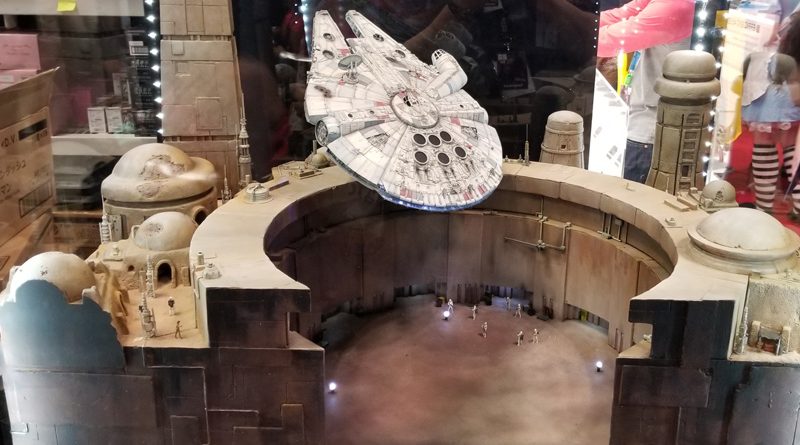 Bandai had a large display at NYCC featuring their Star Wars model kits along with the Movie Realization figures from both their Star Wars and Marvel lines. Also on display, and for sale early, was their Chogokin R2-D2.

There was a large and very detailed diorama built around the Millennium Falcon model that included lights and figures and the docking bay on Tatooine. On the Movie Realization front, we had a new look of the upcoming Darth Maul and Shadow Trooper figures and artwork showing Hulk, Dead Pool, Wolverine, and Daredevil from Marvel.

A few Marvel S.H. Figuarts were in the case, including Star Lord and a pretty amazing Doctor Strange and Hulk from Thor: Ragnarok.