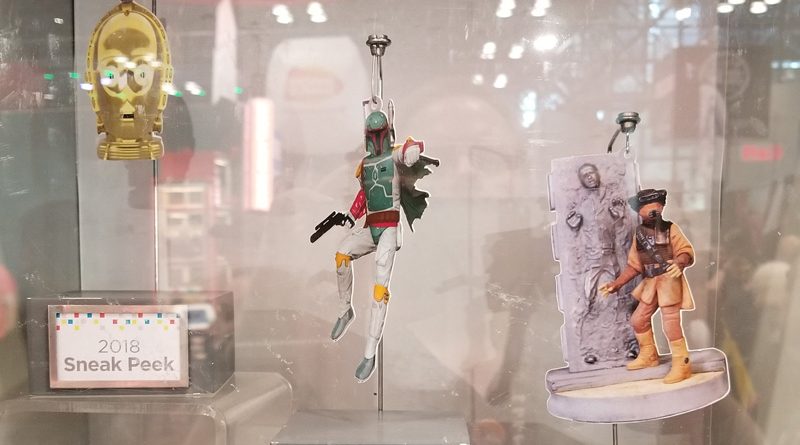 PopMinded by Hallmark is always a big attraction at conventions and this year they had several exclusives to pick up and were showing off a lot of new and upcoming ornaments and itty bittys.

On the exclusives front, they were selling an X-Wing, U.S.S. Enterprise NCC-1701-C, Harley Quinn, and Wonder Woman ornaments as well as a carded Walrus Man itty bitty and R2-Q-5 calendar.

Coming in 2018 will be two more of the Storyteller ornaments in the Star Wars collection; the Millennium Falcon and a TIE Fighter. A C-3PO portrait, Boba Fett, and Boushh ornaments are also coming. New Harry Potter ornaments will be up next year, including from the new Fantastic Beasts and Where To Find Them movies.

There were lots of itty bittys on display from Minecraft to The Big Bang Theory. New Aliens releases and Planet of the Apes and 2001: A Space Odyssey anniversary releases will be up in 2018. There are also a lot of Marvel itty bittys coming from Guardians of the Galaxy and Thor: Ragnarok along with Avengers characters and Spider-Man.