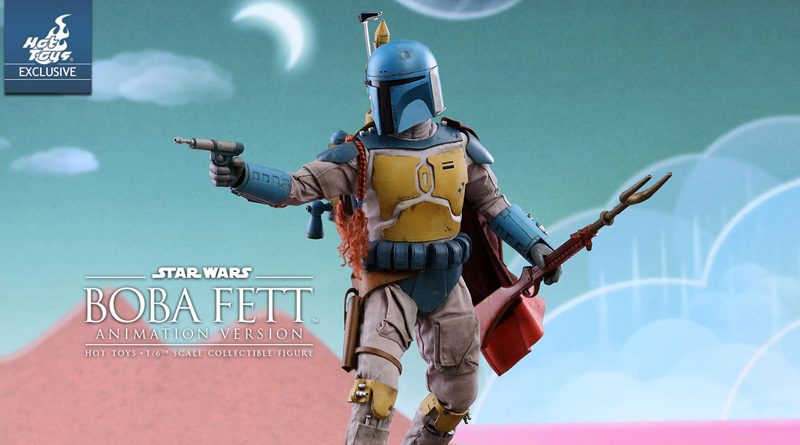 Sideshow is now offering a pre-order for the Hot Toys Animated Boba Fett 1:6 scale figure. This version of Boba Fett represents the bounty hunter as he was first seen in the animated short that aired with the Star Wars Holiday Special. He comes with several interchangeable hands, electropole and blaster pistol, and stand.

Boba Fett is estimated to ship between April and June 2018 and is priced at $235.

We had our first look at the new Boba Fett at last week’s New York Comic Con.