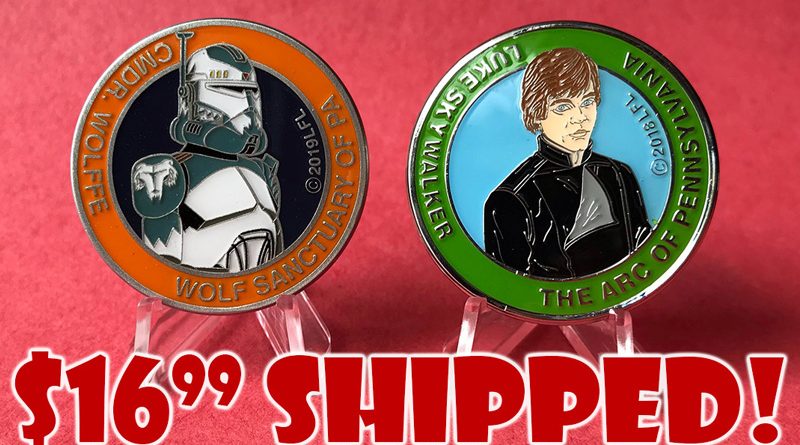 The Pennsylvania Star Wars Collecting Society (PSWCS) has teamed up with the Wolf Sanctuary of PA and The Arc of Pennsylvania to raise funds to support their efforts in support of wildlife and people with intellectual and developmental disabilities respectively.

The Wolf Sanctuary of PA provides refuge to wolves that are without a place in the natural world. Launched during Star Wars Celebration Chicago, our Commander Wolffe charity medallion is now available online for $12.50 ea, shipped. The medallion, which is fully approved by Lucasfilm, is limited to an edition size of 1000 pieces and features Clone Commander Wolffe on the front along with the name of the charity, Wolf Sanctuary of PA. The back features the PSWCS logo.

Now, for a limited time, PSWCS.org is offering a 2-pack that includes the new Commander Wolffe medallion along with the 2018 Luke Skywalker medallion for $16.99 shipped in the US.

Our Luke Skywalker medallion supports The Arc of Pennsylvania and is also limited to 1000 pieces.

Luke is nearly sold out and Wollfe is low on stock. If you’d like to help out two worthy charities and add fun, unique items to your collection, now is your chance. Orders are now open on our website: https://www.pswcs.com/charity.cfm.

About Wolf Sanctuary of PA

The Wolf Sanctuary of PA is a South Eastern Pennsylvania based 501(c)(3) non-profit charitable organization founded over 30 years ago. Originally created as a private rescue, Wolf Sanctuary of PA has grown into an educational facility. At the Wolf Sanctuary of PA, wolves and wolf dogs are given back their dignity. They offer refuge to wolves who have found themselves without a place in the natural world. They are devoted to assuring the most comfortable and stimulating environments for their wolves. The Wolf Sanctuary of PA currently provides food, shelter and veterinary care for over forty wolves with no government or corporate assistance.

About The ARC of Pennsylvania

The Arc of Pennsylvania promotes the human rights of people with intellectual and developmental disabilities and actively supports their full inclusion and participation in the community throughout their lifetimes. The organization represents the nearly 200,000 people living in Pennsylvania with intellectual and developmental disabilities – including Down syndrome, autism, and cerebral palsy- as well as their family members and friends.

The Arc of Pennsylvania is a leading resource for information on issues that impact individuals with intellectual and developmental disabilities. It has a statewide presence through their affiliation with 33 local chapters. Their state office coordinates strategic, grassroots advocacy efforts; provides policy analysis and trainings; and implements the statewide Include Me and the Arc Discovery Employment Transitions (ADEPT) programs that serve children and adults. Their local chapters provide a variety of critical services, including advocacy services, Early Intervention, housing, home-care assistance, day supports, respite and job training. 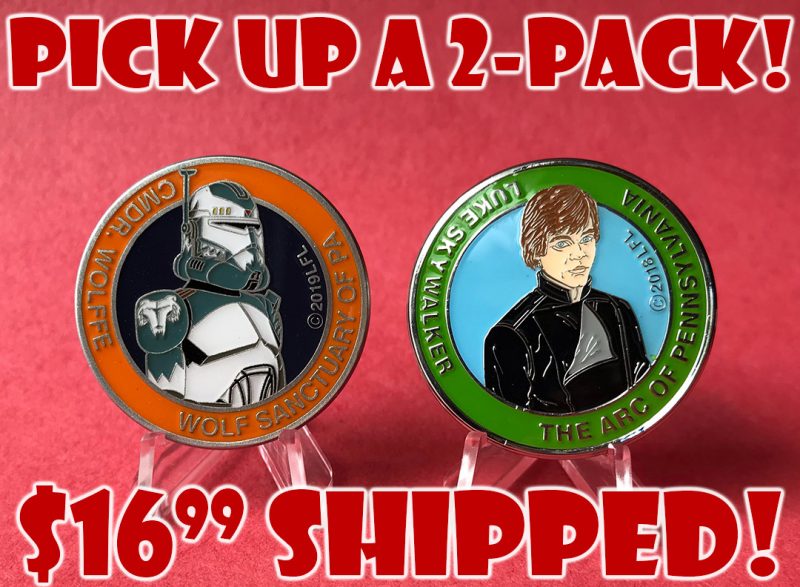