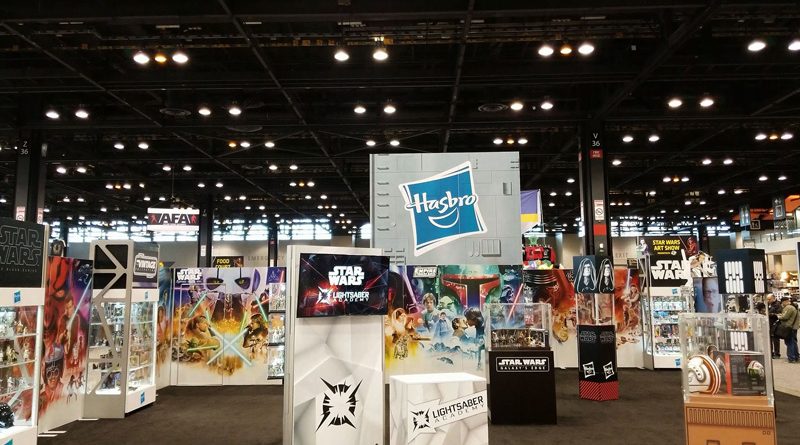 Hasbro’s booth at Celebration was packed with new and upcoming Black Series releases including Ezra and Chopper from Star Wars: Rebels along with Doctor Aphra and her droids. The Vintage Collection Luke Skywalker from Criat was in the case along with the new Lando from Solo: A Star Wars Story. For the first time in public, fans got a look at the new Retro line of figures based on the classic Kenner sculpts.

New debuts at the convention included the Amazon exclusive Black Series Emperor with throne and three San Diego Comic-Con releases; Black Series Boba Fett, Retro Darth Vader, and a Vintage Collection 3-pack of Luke Skywalker figures. Finally, three new Black Series 4-packs will be released at Galaxy’s Edge when the attractions open at the Disney parks later this year. The video below is a walkthrough of Hasbro’s full booth from Celebration Chicago.