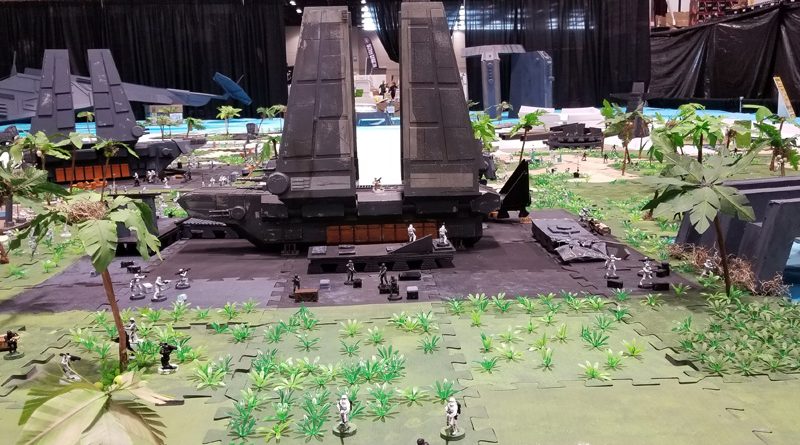 Fans attending Celebrations, since Celebration II in Indianapolis, have had the chance to volunteer in the Diorama Workshop, creating buildings, ships, and other details that will be assembled into a massive diorama during the course of the convention. Last weekend in Chicago, with the assist of Fantasy Flight Games, fans had the opportunity to build a huge diorama of the Battle of Scarif from Rogue One: A Star Wars Story.

The finished diorama included scenes taken from the movie along with random showdowns between Rebel forces and the Empire protecting the tower which housed the plans for the Death Star. AT-STs and AT-ACTs roamed the jungle and U-Wings dropped off soldiers. The huge diorama was built over four days and the video below shows it as it was Monday morning of Celebration.