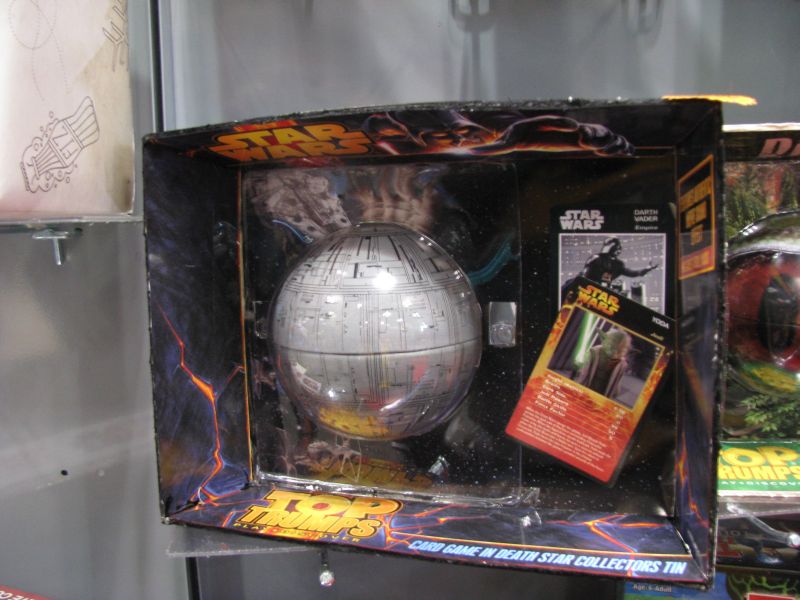 Top Trumps showed off several new decks of gaming cards this past weekend, including a double set that comes in a collectible Death Star tin.

The Death Star Collectors Tin includes two packs of cards, one covering Episodes 1 – 3 and one for Episodes 4 – 6.  The tin has a TIE Fighter sound effect that is activated when you open the top.

New single decks include Episode I and Episodes III – VI, Clone Wars Rise of the Bounty Hunters and Starships.  An Episode II deck is still pending approval.  Top Trumps will be continuing their line of War card games as well as the Top Trumps Tournament sets.