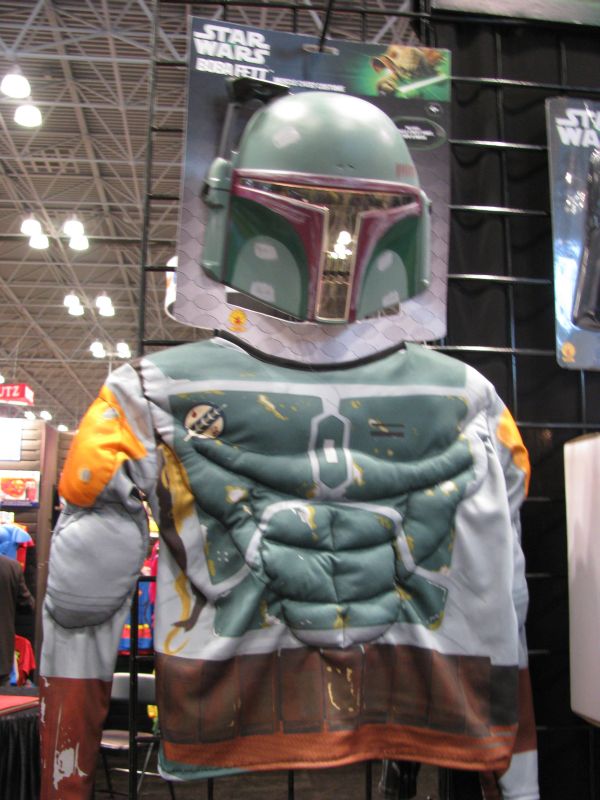 Rubies has been making Star Wars costumes for several years and they continue into 2013 with new offerings such as the Boba Fett muscle shirt (not yet approved) and Jedi vs Sith Battle Chest.

Although no photographs were allowed, Rubies is also developing a line of DC Comics superhero costumes for both men and women.  Batman and Superman muscle arm costumes with capes and mask (for Batman) were on display along with outfits of the Flash, Robin and classic 1960’s TV show versions of Batman and Robin.

For the ladies they had Batgirl, Supergirl and Wonder Woman shirt sets and an action trio set of Batgirl, Wonder Woman and Supergirl outfits.  The costumes all have capes, masks, headbands and bracelets where appropriate.

All of the superhero costumes were still awaiting licensor approval.