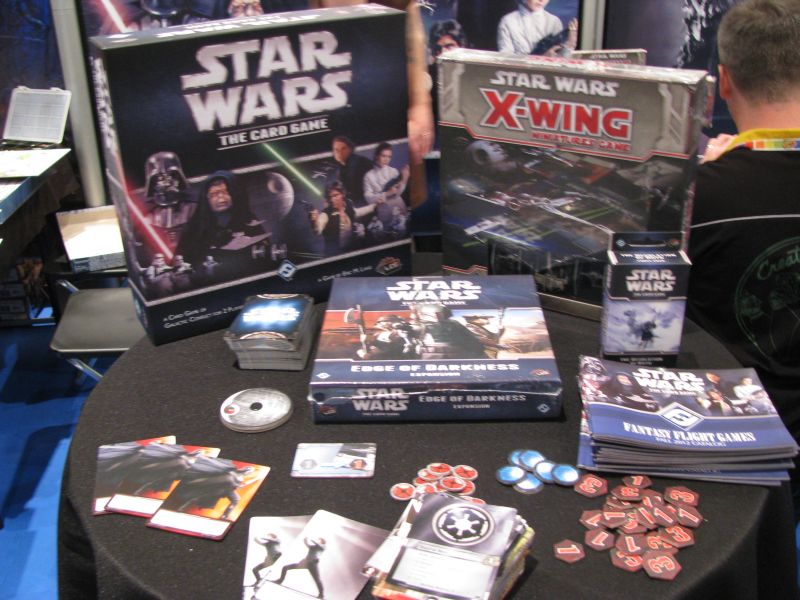 Fantasy Flight Games is another recent member of the Star Wars family, coming on board  in 2011, releasing their first product, X-Wing Miniatures Game, in August 2012.  Since then, they’ve announced a role playing game, Star Wars: Edge of the Empire, and a cleverly named card game, Star Wars The Card Game.

Four expansion sets have been released for the X-Wing Miniatures game so far; X-Wing, TIE Fighter, Y-Wing and TIE Advanced.  Four more have been announced; A-Wing, TIE Interceptor, Millennium Falcon and Slave I.  These were shown off at Celebration VI and Fantasy Flight Games had them on hand for Toy Fair.  Look for these four this coming March.

The nice thing about the miniature ships is that Fantasy Flight Games is treating them as mini replicas for collectors.  The sculpt and paint detail is very intricate and fans of miniature lines such as Micro Machines, Action Fleet and Titanium should give them a look.