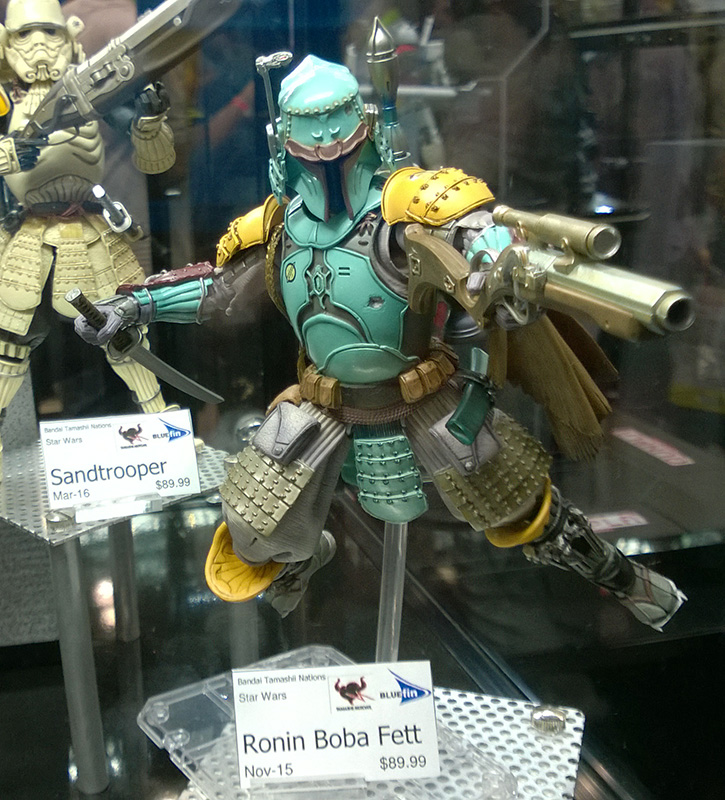 Tamashii Nations had the new Movie Realization Star Wars figures on display at New York Comic Con. The Ronin Boba Fett figure turned our very well but the Akazonae Royal Guard is very impressive as well.  Along with those two upcoming figures, we also had a look at the Stormtrooper and Sandtrooper and new Darth Vader.