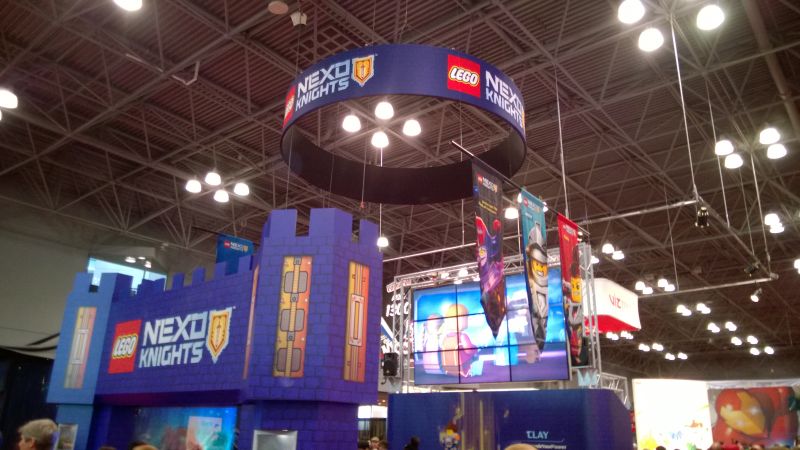 We’re finishing up our New York Comic Con coverage this week, starting with a look at the Lego booth. The big push for Lego at this year’s show was their new Nexo Knights theme which combines classic Castle with a futuristic spin, including a mobile Castle that travels on motorized treads.

Lego had a cool holographic projection going at the front of their booth where they were projecting images and movies on a curtain of smoke.  People could take time out of the busy convention to build pieces for the large Clay minifigure (and receive a poster) or watch trailers and video on the screen.

Lego didn’t offer any exclusives at this year’s show and didn’t have a store either. We made up for it by hitting the Lego store at Rockefeller Center which is where the last two photos in the album were taken.