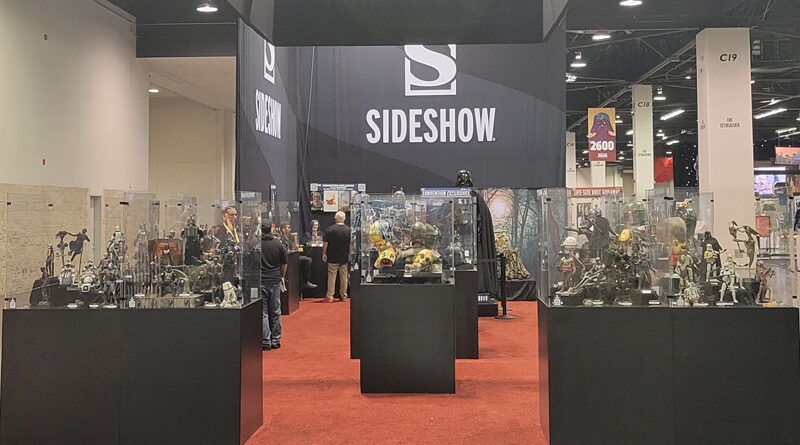 Sideshow made their return to conventions with Celebration Anaheim and they brought a huge selection of their own offerings along with Hot Toys and Iron Studios. They had the newly announced BARC Speeder and an AT-RT for those that like vehicles to go with their figures. Premium Format statues included the new Maul and Ahsoka Clone Wars versions and their animated style Anakin, Obi-Wan, and Yoda 1:6 scale figures.

There were three artists busts of C-3PO on display, one showing an opened head with a smaller C-3PO working as a pilot, one showing C-3PO’s head as the centerpiece of a smaller (or was C-3PO a giant) village, and one titled “The Common Thread” where intricate designs were created with yarn.