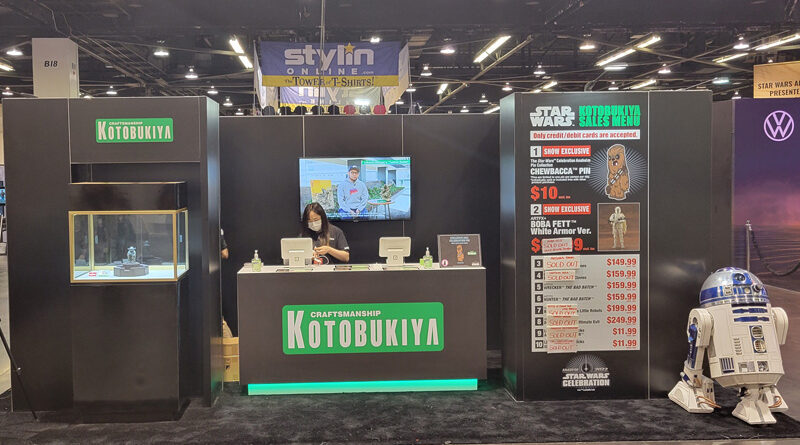 Kotobukiya and Koto Inc had separate booths at Celebration Anaheim and while they had some of the same items on display, they were offering different items for sale at the booths.

Kotobukiya had early sales of their new Yoda fountain statue and an exclusive white armor Boba Fett ARTFX+ statue. One of the highlights of their display was the full team from The Bad Batch in the ARTFX line but topping that was The Ronin from Star Wars Visions, which will be available in August.

The Koto Inc. booth had several of the new Egg Attack figures on display, including Boba Fett on his throne from The Book of Boba Fett. They also had several ARTFX+ statues that have been available for a while.