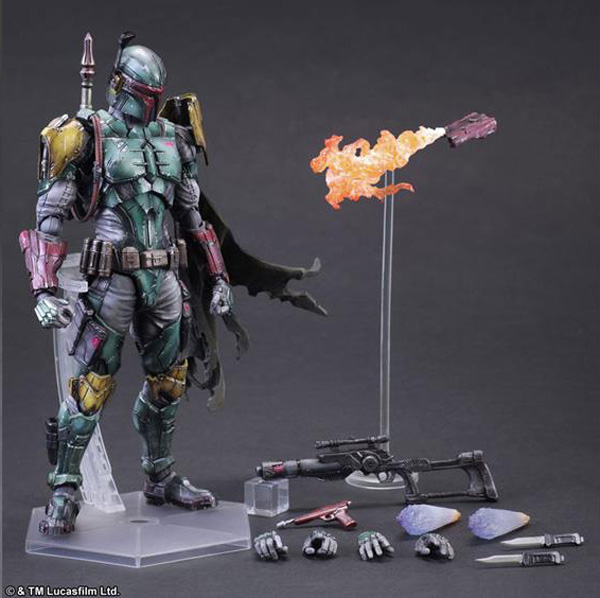 Back in December, Square Enix announced that they’d be producing Star Wars action figures in their Play Arts Kai line, called Star Wars Variant, and kicked it off with Darth Vader. Now they’re back with two more, Boba Fett and a Stormtrooper.

The stylized figures are 10″ tall (11″ for Darth Vader) and are highly detailed and articulated and come with exchangeable hands, weapons and stands along with blast effects.  The Play Arts Kai line is famous for taking extreme looks at the iconic characters they tackle and these are no different.

Both Boba Fett and the Stormtrooper are very aggressive looking and are fun new takes on these classic characters.  BigBadToyStore.com has pre-orders for both new releases, along with Darth Vader.  All three figures are $124.99 each.