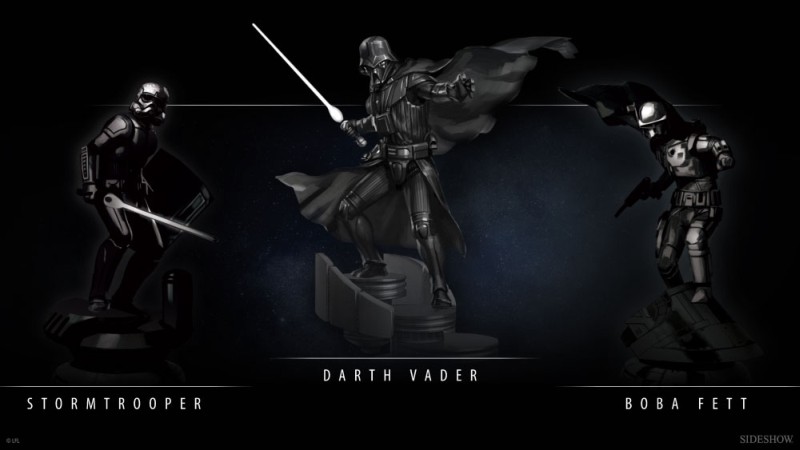 Most of the items that Sideshow spoke about in Friday’s panel have already been announced or even have pre-orders available for them but they did slip in a few new items.

The biggest announcement was a followup to a tease about items based on Ralph McQuarrie’s artwork.  The new McQuarrie Artist Series will be a line of 1:5 scale statues that appear to be somewhat reminiscent of the Mythos line.  Sideshow’s San Diego Comic-Con slideshow features a Stormtrooper, Darth Vader and Boba Fett based on McQuarrie’s early concept artwork.

Shown at the booth is their upcoming Premium Format Boba Fett and more pics of a previously announced PF Darth Vader were included in the slideshow.  Fans can also look forward to a Sandtrooper which was debuted during the panel.

The 1:6 scale items were all previously announced as were the Legendary and Life-Size scaled items.