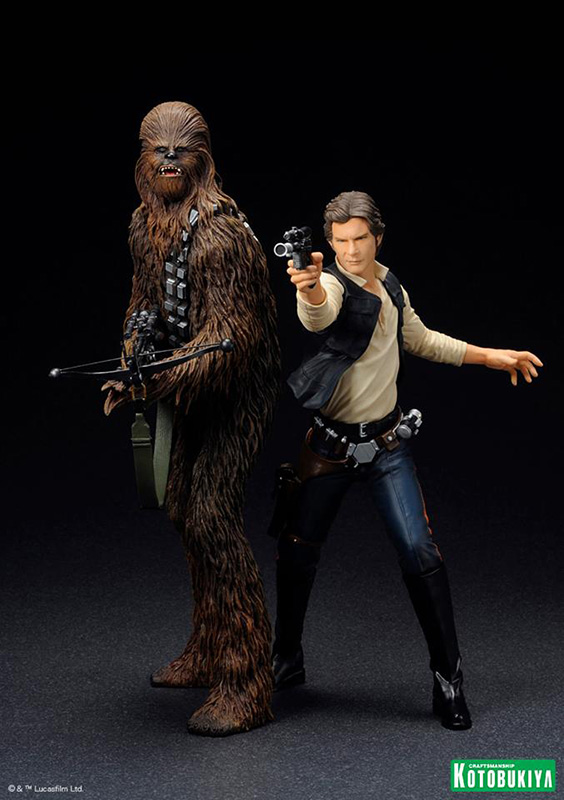 A joint panel at San Diego Comic-Con hosted eFX, Kotobukiya, Sideshow and Gentle Giant with each company taking turns showing off upcoming items and recapping some that have already been announced.

Kotobukiya is continuing their 1:10 scale ARTFX+ line as well as adding a new Darth Vader to their 1:7th scale lineup which includes sounds.

The next Bishoujo statue will be a female Stormtrooper and the light-up chopsticks line adds Mace Windu and Yoda.

New items include Sandwich and Boiled Egg shapers.  Both lines will include Darth Vader and a Stormtrooper while the Egg Shaper line will also include C-3PO and R2-D2.

Most of the ARTFX+ statues are slated for a 2015 release but Han and Chewbacca will be out later this year.