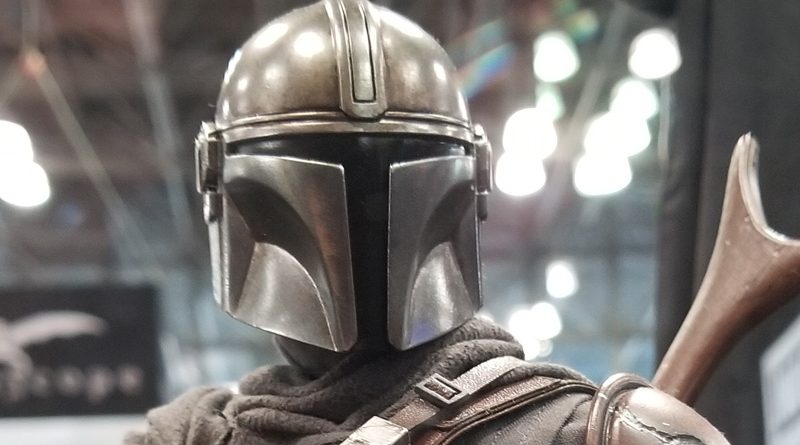 Sideshow’s booth at New York Comic Con is always busy and this year was no exception. With the debut last week of the new Hot Toys Mandalorian and IG-11 figures this was the first chance to see them in person. From the upcoming Star Wars: The Rise of Skywalker were the Sith Trooper and Snowtrooper, Commander Cody and a 212th Clone Trooper from Attack of the Clones and a 1:4 scale Darth Vader rounded out that display cabinet.

Sideshow had their own 1:6 scale offerings on display with C-3PO, R2-D2, Darth Vader and Luke Skywalker from Return of the Jedi, and the Mythos versions of Obi-Wan Kenobi and Boba Fett.

On the Marvel side of things, Hot Toys was showing off new figures from Avengers: Endgame, Spider-Man: Far From Home and their Stan Lee figure from Guardians of the Galaxy 2. Sideshow had 1:4 scale and Maquette statues of X-Men characters Gambit and Rogue, Cyclops and Jean Grey, and Emma Frost.

Two interesting items in the display this year were the Jesse Hernandez designer toys by Unruly Industries. We took pics of the Iron Man and Wolverine figures which stuck out for their interesting takes on the characters. Sideshow had plenty of other items in their booth including their line of Court of the Dead statues, some Aliens offerings and more.