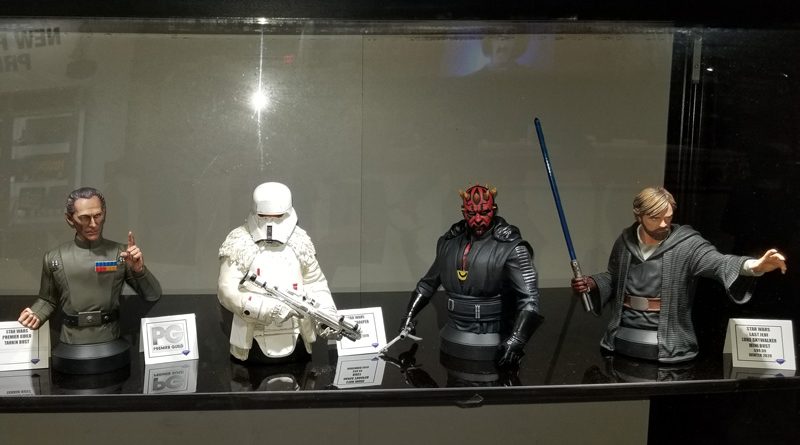 This was the first year for Diamond Select displaying Gentle Giant releases since they took over the company. On the Gentle Giant Star Wars side, they were offering the Celebration exclusive Hera mini bust and San Diego Comic-Con McQuarrie Concept Sandtrooper for sale. The upcoming 2019 Premier Guild busts were on display but not the Jumbo C-3PO or Clone Trooper statue. Darth Maul and Kylo Ren from the new line of Legends in 3D busts were in the case and we had a look at both the Rey and Luke Skywalker Dreamer statues. During the presentation on Saturday, Diamond announced they would be doing a statue from The Mandalorian but no artwork was shown and no other new announcements were made.

While seeing the Gentle Giant Star Wars offerings was exciting, Diamond Select also had a range of items from their other licenses including Marvel, DC, Disney, John Wick and more. We were impressed with the upcoming Select Black Hole figures of V.I.N.C.E.NT. and Old Bob.