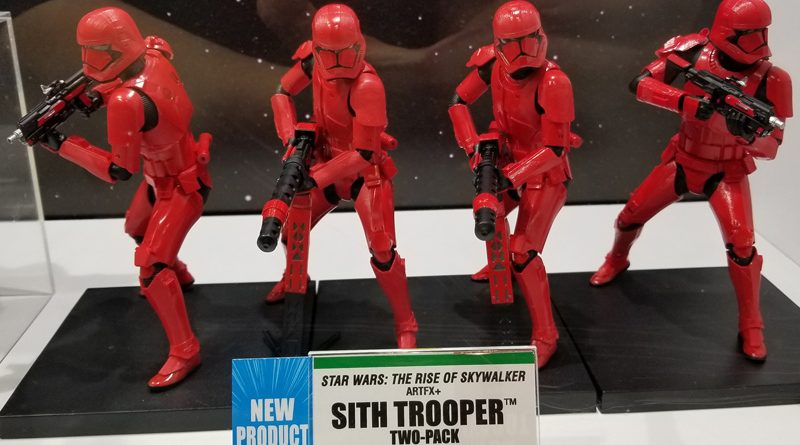 Kotobukiya had two of their new Bishoujo G.I. Joe statues on display along with several other licenses including Marvel and Star Wars.

On the G.I. Joe front, Koto had the newly released Scarlett Bishoujo statue in the case along with the planned Lady Jaye. Baroness, which is available fore pre-order, was not on display.

New in the ARTFX and ARTFX+ lines for Star Wars are The Rise of Skywalker Rey and Kylo Ren, a Sith Trooper 2-pack, and D-O and BB-8. For The Mandalorian, ARTFX+ statues of the title character and IG-11 are on their way in January and February 2020 respectively. Original Trilogy fans have a new Luke Skywalker X-Wing Pilot statue to look forward to in April 2020.