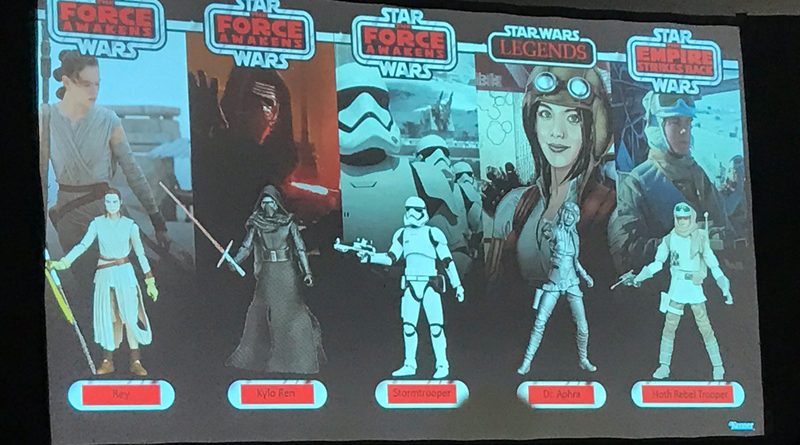 Hasbro just wrapped up their San Diego Comic-Con presentation where they revealed some new action figures from the 6″ Black Series line, the continuing 5 Points of Articulation (POA) line, including 2-packs and creatures, and the Vintage Collection.

They also spent time talking about the 6″ scale diorama they have on display at the show and how it came about.

And newly announced, there will be vehicles starting with a highly detailed Hover Tank from Rogue One.