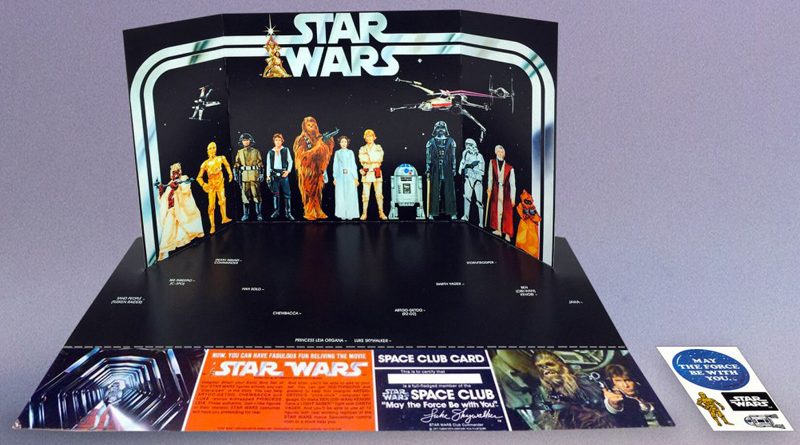 During San Diego Comic-Con, Gentle Giant announced a new Early Bird Jumbo set featuring Luke Skywalker, Princess Leia, and R2-D2 and it’s now available for pre-order. The 12″ Jumbo figures will come in a box that recreates the vintage Kenner Early Bird kit, you just don’t have to mail away for the figures. The set includes a display stand and stickers just as the original did.

Luke Skywalker will have a double telescoping lightsaber while Leia will come with a blue version of her blaster and Chewbacca’s crossbow will have a green tint to it like the vintage figure did. The set is due in the fourth quarter of 2017 and is priced at $279.00.