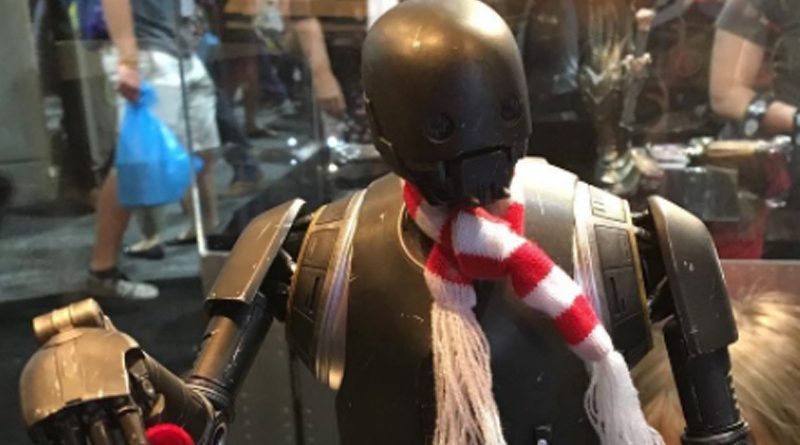 The Star Wars Collector Panel was held from 1:00-2:00pm EST today from San Diego Comic-Con. This is the panel where Sideshow, Gentle Giant, and other license holders present new and upcoming collectibles. We don’t have any photos from the panel but we do have a rundown of what was shown off. Some items are out now, or are debuting at Comic-Con this weekend and will be out soon. Others have just been announced and will be available for pre-order soon. Several items were shown during the Collector Panel at Celebration Orlando in April but there are a few new announcements.

The reveal of the Mythos Obi-Wan Kenobi 1:6 figure from Sideshow Collectibles and Bandai’s Movie Realization Admiral Ackbar were two of the bigger reveals along with Sabine’s Rebels helmet from Anovos. Bandai spoke about the detail going into their new line of models but nothing new was shown for that category.

Kotobukiya didn’t have any reveals but they will be supporting The Last Jedi.

EFX will also be working on The Last Jedi.