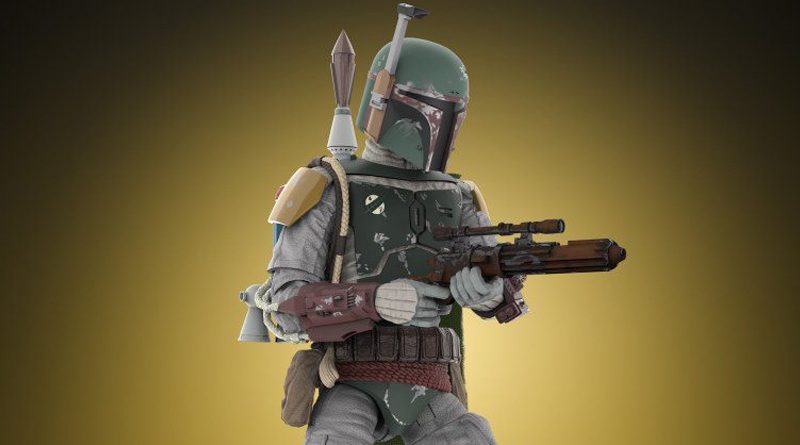 Hasbro announced a new Vintage Collection figure on Thursday; Boba Fett from Star Wars: Return of the Jedi. The figure will be released on the alternate ROTJ card back featuring him on the skiff during the Dune Sea showdown with Luke, Han, Lando, and Chewbacca. Boba Fett will be available for pre-order starting at 1:00PM EST on Friday, October 16th.

This is not an exclusive and will be available at online retailers as well as in stores. Per Entertainment Earth, Fett will be in the upcoming wave with the Bespin Escape Leia.