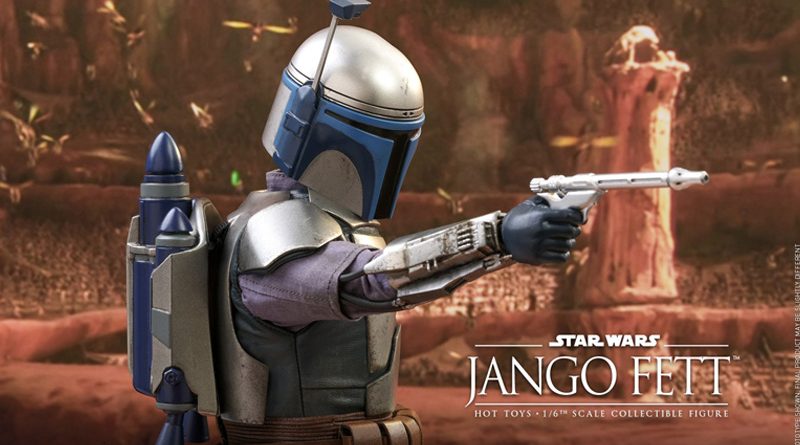 Hot Toys debuted a 1:6 scale Jango Fett way back in 2018 during San Diego Comic-Con and since then, he’s appeared at a few different conventions on display. Now, Hot Toys has posted glam shots and more details on the Star Wars: Attack of the Clones bounty hunter.

The figure is loaded with both a helmet and facial portrait, headset, interchangeable backpacks, poncho, blast and fire effects, multiple accessories, and a dynamic stand for flight poses. Additional photos and details can be found on the Hot Toys Facebook page.

Now that detail photos have been released, we assume a pre-order listing will be available shortly.

Update: Jango Fett is now available for pre-order from Sideshow Collectibles. Jango is $285 and estimated to ship between January and March 2022.