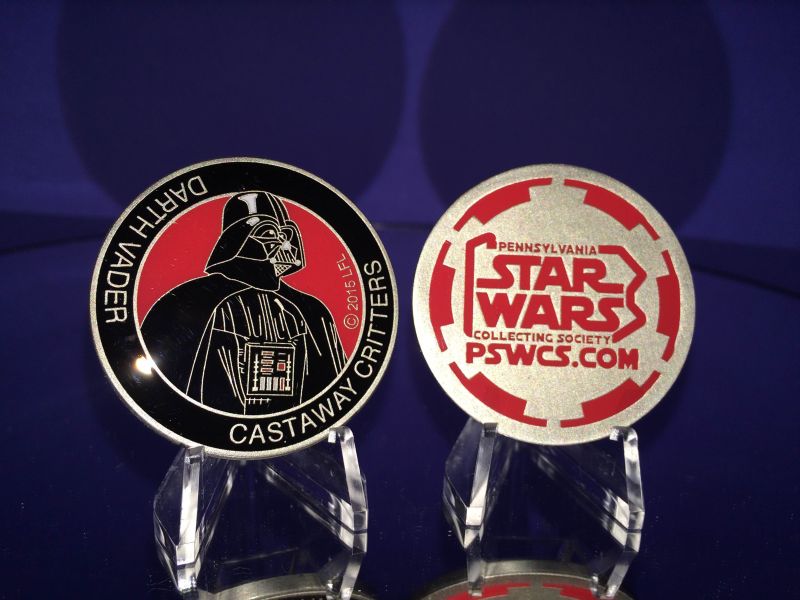 Castaway Critters, based in Harrisburg, PA, is a no-kill animal shelter focused on sick, injured, and special needs animals.

The limited edition medallion is fully approved by Lucasfilm and has an edition size of 1000 pieces.  Each medallion features the likeness of Darth Vader on the front, along with the date and the name of the charity, Castaway Critters.  The back features the PSWCS logo.

The medallions will be $10 each and will be accompanied with a Certificate of Authenticity and receipt as they are tax deductible.

The medallions go on sale at the PSWCS booth #1077 during Star Wars™ Celebration Anaheim from April 16 – 19, 2015.  Remaining medallions will be available for sale online after the convention.

Castaway Critters, The James A. Hueholt Memorial Foundation for Animals is a local grass-roots No-Kill animal rescue founded by Barbara Holmes and friends and family of James A. Hueholt, who died in 1994 at age 37.  Jim rescued and cared for many animals himself.   Our work in lessening the suffering of companion animals is a tribute to him and to his love of life.