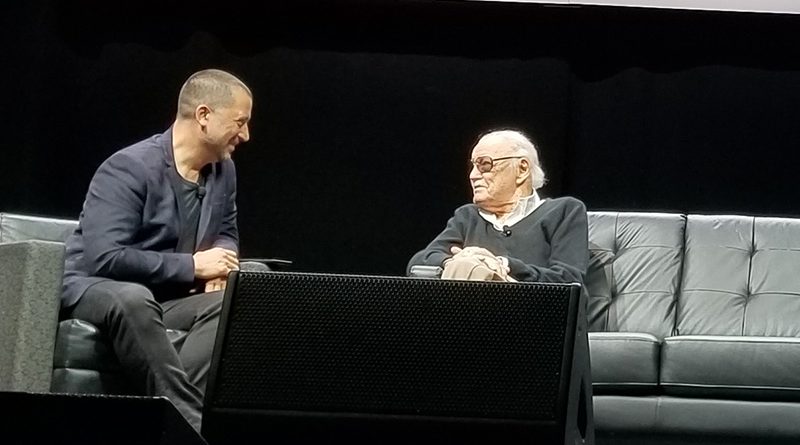 One of the best aspects of HASCON were the panels. The three G.I. Joe panels and the Star Wars: 40 Years of Play panels were all very interesting, covering two toy lines that we enjoy collecting, but the highlights of the weekend came from the Stan Lee and James Gunn panels.

Both had fun an interesting takes on the process of creating comics, for Stan, and movies, with James. Both men are extremely funny and entertaining and the access to their panels at a smaller convention such as HASCON was incredible. Those are the types of panels that you may need to pay extra for, or at least wait hours in line for, at larger conventions such as San Diego or New York.

Another panel that was very enjoyable was with Peter Cullen and Frank Welker, the voices of Optimus Prime and Megatron from the Transformers franchise. While we were able to see several clips from the classic Transformers cartoon, and the two actors answered questions about them, it was the behind-the-scenes anecdotes and just the zany interaction between the two friends that had the audience cracking up for nearly an hour.

The final panel we saw on Saturday was Transformers: The Last Knight in the Making with producer Lorenzo di Bonaventura, Hasbro CEO Brian Goldner, and actors Mark Wahlberg and Isabela Moner. Topics ranged from what went into creating the movies with di Bonaventura and Goldner to the experience of being on the set with Isabela, to what their favorite Transformers were.