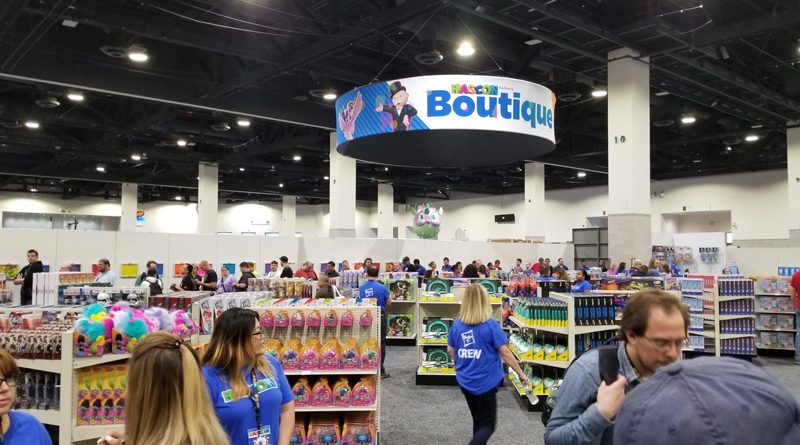 Most conventions geared towards geeky things, like toys and comics, have exclusive merchandise you can buy and when one of the largest toy companies puts on a convention, there will be toys.

Hasbro had a large HASCON Boutique store with toys available from their major brands such as Transformers, NERF, Trolls, Star Wars, and Marvel. The pricing was reasonable with most items we looked at being below regular MSRP that you’d see at Walmart or Target. Separate from the HASCON boutique was the HasbroToyShop which was selling convention exclusives from San Diego Comic-Con along with new items for HASCON.

HASCON themed posters, t-shirts, pins, and pens were available in the HASCON Boutique as well.