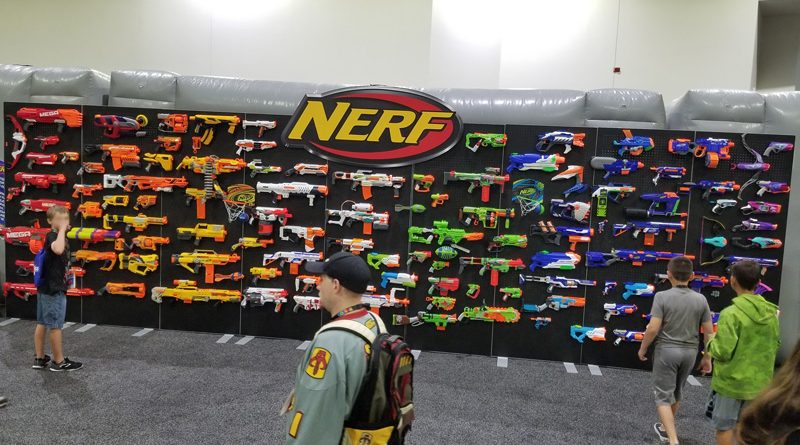 The new Rival Boba Fett Apollo XV-700 GameStop exclusive was on display along with a Deadpool set. If you’ve ever wondered what goes into creating a NERF gun, there were several cutaway guns in the case where you could see how the various mechanisms work.