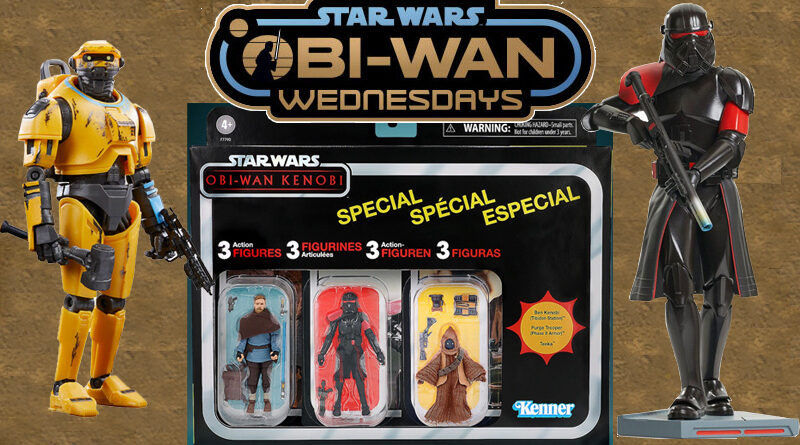 Obi-Wan Kenobi wraps up this week and with it, Obi-Wan Wednesdays. There were several new reveals today from Hasbro, Gentle Giant, and Funko.

From The Vintage Collection we have an Amazon exclusive 3-pack that includes three carded figures; Obi-Wan Kenobi (Tibidon Station), Purge Trooper (Phase II Armor), and Teeka. The set will retail for $50.99 and will release in early 2023. The set was revealed by several fan sites, including Bantha Skull.

Also from Hasbro, a Black Series NED-B which will be a regular release. Both of these figures will be available for pre-order on June 23rd at 1:00PM Eastern.

From Gentle Giant we have the Purge Trooper Phase II Armor Premier Collection Statue. Limited to 3,000 pieces, the 1:7 scale statue retails for $200 and is available now for pre-order with a release date estimated for 4th quarter 2022.

Additional details and photos of the Funko Pop! figures can be found on StarWars.com.