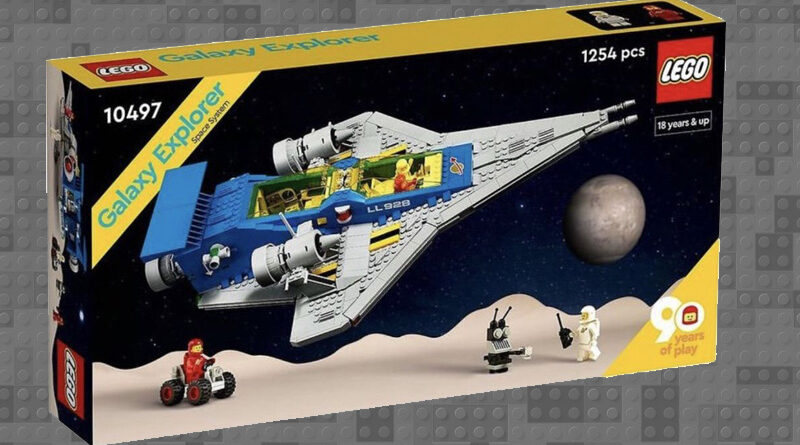 LEGO Con 2022 was held the past Saturday as an online event where new sets were announced across multiple lines including City, Harry Potter, Star Wars, and Minecraft. You can re-watch the full livestream on the LEGO YouTube channel.

While a lot of new sets were shown, there were a few highlights that stood out to us. First up, in the Star Wars line were two sets, 75337 AT-TE Walker and 75323 The Justifier.

The AT-TE Walker has 1082 pieces and retails for $139.99. The set includes a new Commander Cody in Phase II armor along with three 212th Clone Troopers, 212th Clone Gunner, and three Battle Droids. The set also builds a small Dwarf Spider Droid. Pre-orders have not gone live yet but the set is scheduled to be released on August 1st.

Next up is The Justifier, Cad Bane’s ship from The Clone Wars. It includes Cad Bane, TODO 360, Fennec Shand, Hunter, and Omega. It’s built using 1022 elements and retails for $169.99. The Justifier is also slated for an August 1st release.

The Marvel universe expands with the new 76218 Sanctum Sanctorum. Made with 2708 pieces and retailing for $249.99, this is a modular build and expands on the previous Sanctorum set. There are nine minifigures: Doctor Strange, Wong, Iron Man, Spider-Man, Ebony Maw, Master Mordo, Sinister Strange, Dead Strange and The Scarlet Witch. The Sanctum Sanctorum will be released on August 1st.

Finally, LEGO is celebrating 90 Years of Play with the release of two new Icons sets, which were determined by fan vote.

The winner is a newly designed set, 10305 Lion Knight’s Castle, which take cues from sets like the Yellow Castle and King’s Castle but is an all new build. Ringing in at $399.99, the set has 4514 pieces and 22 minifigures. VIP members will have early access starting on August 3rd with a release date of August 8th.

While it didn’t win the fan vote, Classic Space had a big showing and due to that, LEGO is also releasing an update to the Galaxy Explorer. Set 10497 has 1254 pieces and four minifigures. While it retains the look of the original set, this build is much larger at over 20-inches long, and more detailed, with room in the cockpit for all 4 astronauts, living quarters, and an opening back with rover. The price is $99.99 and pre-orders are available now for an August 1st release.