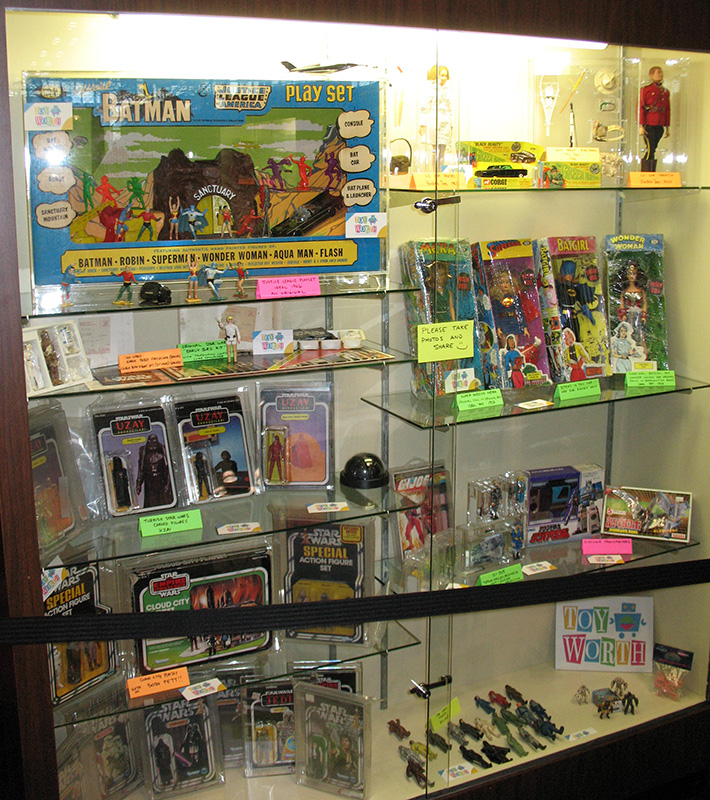 We heard about the Toy Worth booth during dinner on Saturday night and decided to track them down.  What we found were several display cases filled with vintage toys, including some of the rarest Star Wars action figures around.

Toy Worth (toyworth.com) is a new company that aims to offer an online database for tracking collections as well as buying and selling.  The About page on their website calls the current incarnation a Beta, so bookmark them and stop back.

But, let’s get to the toys.  The Toy Worth display wasn’t limited to Star Wars, it also included G.I. Joe, Diaclone (Transformers), Justice League and several other vintage toys from the 60’s, 70’s and 80’s.

The biggest draw to the booth were the Star Wars items.  Toy Worth was showing off several bootlegs from Poland along with the infamous Uzay line from Turkey.  Darth Vader, the Emperor’s Royal Guard, Imperial Gunner and See – Threep held down one case while a second held a carded Blue Stars figure and a loose Headman.

If licensed production figures are more your speed then the Glasslite Vlix, arguably the most rare production figure ever released, was probably enough to get you excited.  Toy Worth also showed off a Lili Ledy Boba Fett with removable rocket and the holy grail for many collectors; a prototype rocket firing Boba Fett.

Rounding out the cases were a display of 12 Back Star Wars releases, a couple of 3-pack Special Action Figure sets, a boxed Cloud City Playset and an Early Bird Kit, figure set and rare double-telescoping Luke Skywalker.

While none of the items were for sale at the show, even if they were they were out of most people’s budgets, it was an impressive display.  That’s only the second carded Vlix we’ve ever seen in person and the first time for the vintage Argentinian G.I. Joe figures.