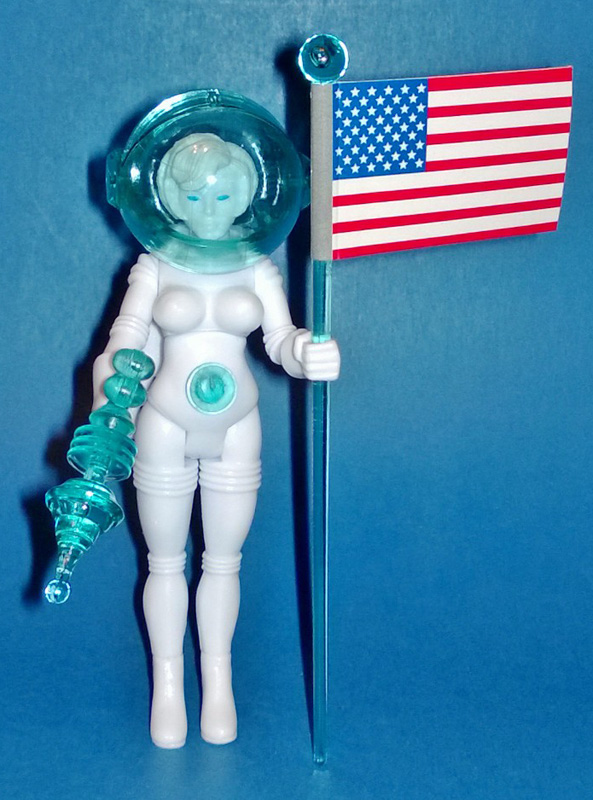 The Onell Design booth is always busy at New York Comic Con with several different creators sharing the space and taking turns displaying items for sale.  This year I was able to stop by twice on Saturday, once to catch a glimpse of the new offerings from Nistuff and then to pick up the Four Horsemen exclusives.

Ni had Outlanders and Anomalies for sale and a large, nearly 12″ tall, Callgrim was watching over the booth.

ToyFinity had their new Robo Force toys, which are Glyos compatible, along with an assortment of Mordles in both small and large sizes.

The Four Horsemen were at the booth from 1:00 – 4:00 and had the Beta Phase/White Star Edition Outer Space Men and two variants of the GGrapptikk Grunt figure from the Power Lords line.  As a special treat, Wayne Barlowe, the creator of the original Power Lords line for Revell, stopped by and was signing the figures.

Even though it was busy at the booth, we did get a chance to meet Matt Doughty of Onell Design but rather than ask a few questions, I pretty much turned into a fanboy.  I thanked him for the work he’s done, especially on the Armorvors, and that it was impressive to see how the Glyos system of compatibility and interchangeability has grown to the point that the Four Horsemen, who are known for their incredibly detailed sculpts, have adopted it for their Power Lords and Outer Space Men lines.

Make sure to check out Onell’s website and, if you’ve never ordered from them before, mark this Sunday, October 20th, on your calendar.  They have a small release of new items ready for a 9:30PM EST sale time.