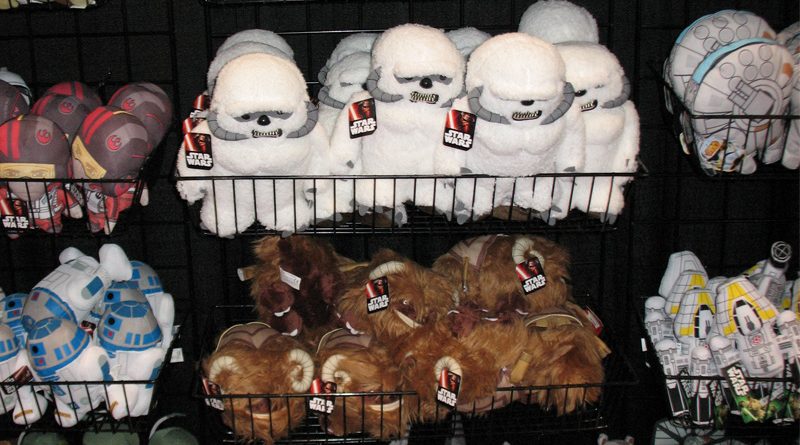 The Comic Images booth at New York Comic Con was packed with Star Wars, Marvel, and DC plush, including the newer The Force Awakens characters like BB-8, Kylo Ren, Poe Dameron, and Rey. Ship and beast fans weren’t left out with the Death Star, Millennium Falcon, Tauntaun and Wampa and more.

We spoke to the Comic Images rep at the booth and asked about characters for Rogue One. He showed us a sample of K-2SO that should be out in January. They may also do the U-Wing in their ship line but they may not do many Rogue One releases.  With the new Trilogy movies still to come, and plenty of classic ships and characters left to do, Comic Images has plenty of material to work with.