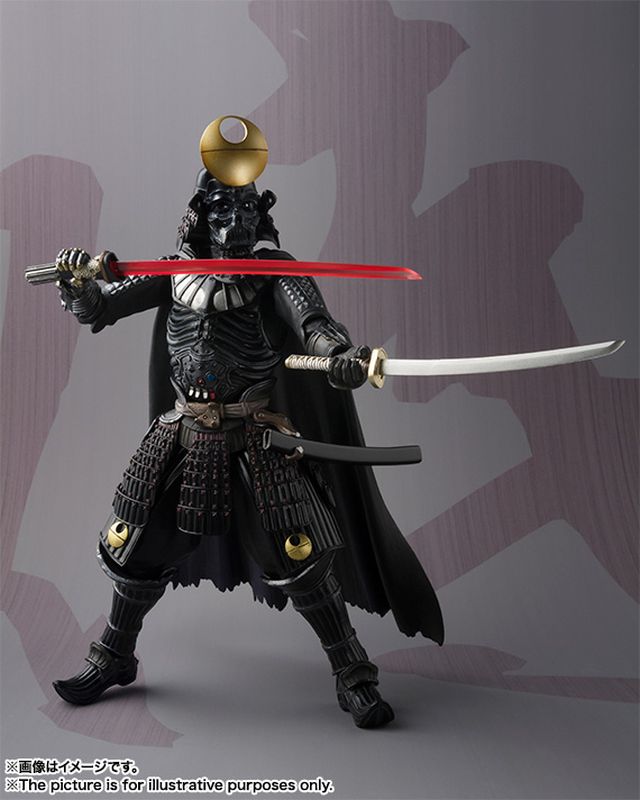 Bandai Japan showed off their Movie Realization Akazonae Royal Guard back on August 24th and now he’s available for pre-order along with a newly debuted Darth Vader, Death Star Armor.  Both figures are approximately 7″ tall and are priced at $89.99 through BigBadToyStore.com.

Darth Vader, Death Star, comes with interchangeable hands and both a Japanese sword set and a lightsaber-style Japanese sword. Darth Vader is scheduled for a December 2015 release.

The Akazonae Royal Guard is due in April 2016 and , as we posted in our August announcement, with also come with interchangeable hands, a removable cloak and weapons.