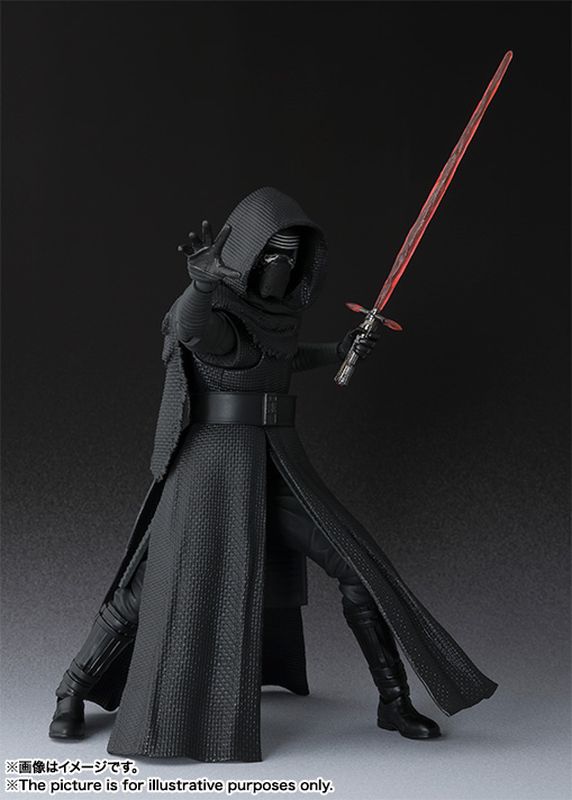 Both figures will probably be in the $60-$70 range when imported. They’re not available for pre-order yet from the usual US importers but per the Bandai website, they’re both due in December.

The highly articulated figures each come with interchangeable hands and accessories. The Stormtrooper will have his blaster while Kylo Ren will have both an ignited lightsaber and a hilt to hang on his belt.