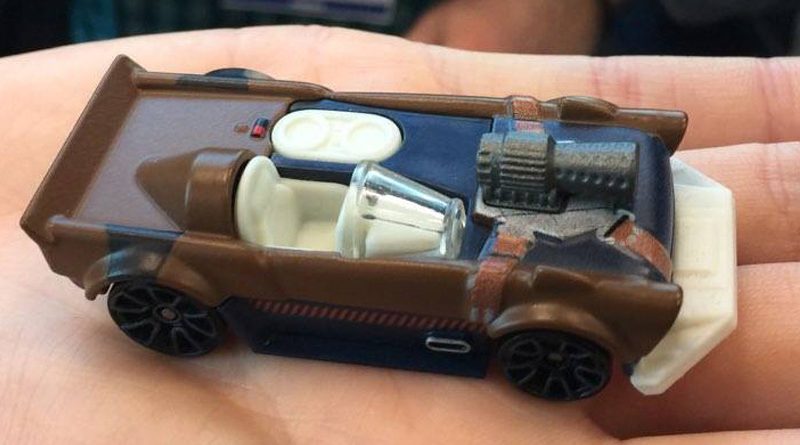 Mattel has several new Character Cars on the way from Solo: A Star Wars Story including Han Solo, Lando Calrissian, and Chewbacca. Fans of the Original Trilogy can also look forward to a new IG-88. There will be other new Character Cars from the full Saga. No new playsets were announced.

It was well over a year ago that Mattel teased the Elite series of Star Wars ships, and now we may be getting closer to them actually being released. When asked about them at Toy Fair today, a Mattel rep said that the new TIE Fighter and Millennium Falcon will be released soon, TIE Fighter first. The X-Wing has been delayed and the series will continue with Poe Dameron’s X-Wing planned along with a Resistance X-Wing and new TIE Fighter.