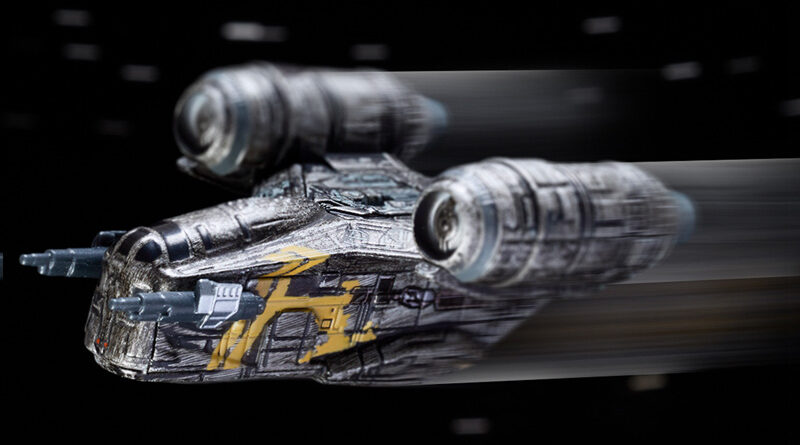 Hot Wheels is launching a new line of 1:50 scale Star Wars starship models called Starships Select. The new line, which appears to be replacing the $5 carded Starships, is priced around $14-$15 and each Starships Select vehicle is approximately 4″ to 6″ in size. Ships come packed with a display stand that has an affiliation logo and name. The Starships Select line should also feature movable parts.

The ship sizes are a little smaller than the Elite line that Hot Wheels released previously. This line will not be as detailed with the removable parts which brought the Elite line prices into the $70 range.

The first wave includes Red Five X-Wing Fighter, TIE Fighter, Razor Crest, and Boba Fett’s Starship. Pre-orders are available from fan channel sites such as Entertainment Earth with an expected release in the near future (EE currently lists May 2022).