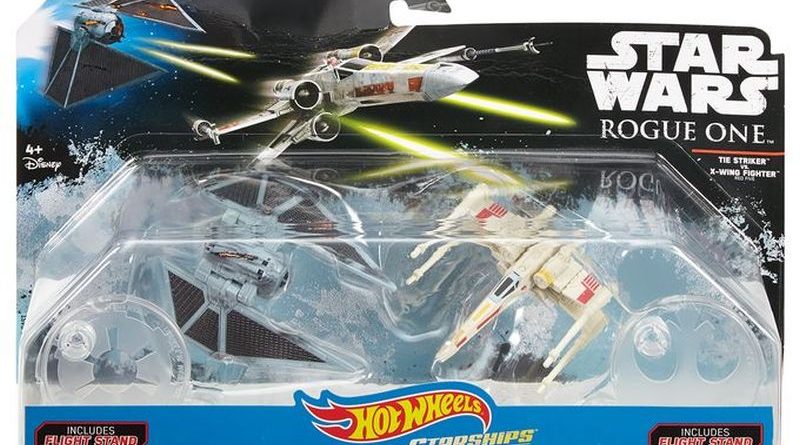 Mattel will be continuing their Starship and Character Car lines with Rogue One. First up is a 2-pack of Character Cars featuring a Stormtrooper and Death Trooper.

The Starship line will have both 2-packs and singles with a set featuring an X-Wing Starfighter and TIE Striker. The U-Wing and AT-ACT will also be available on September 30th when the Rogue One product hits retail shelves.

From the photos Mattel released, it appears the Starship line will have new stands. Unlike the ships up to now, which featured a “Flight Navigator” stand, the new ones have what appears to be an adjustable stand with the logo of their respective faction on the base.  Prices range from $4.99 for single Starships to $7.99 for the Character Car 2-packs and $9.99 for Starship 2-packs.