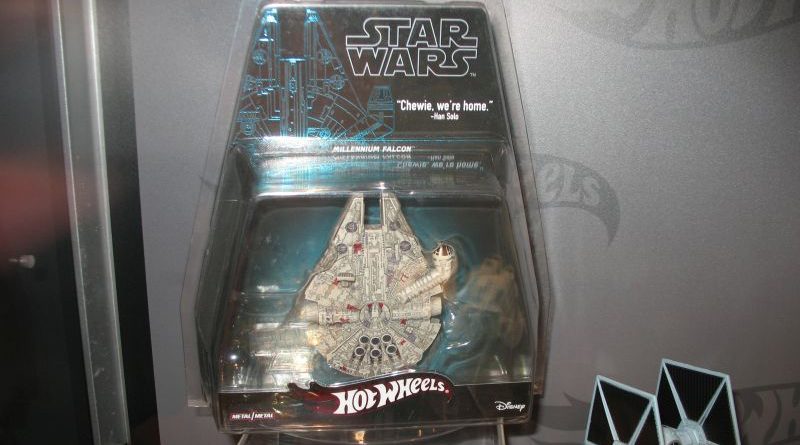 Hot Wheels had a large booth at Celebration where they showed off their 40th Anniversary releases, sold their Biggs Darklighter Character Car and had their full sized X-Wing Car Ship. Hot Wheels also partnered with Diorama Workshop this year to provide car ships for the Death Star trench races, including free Car Ships for he winners.

There weren’t a lot of new debuts at the boot during Celebration but we did get a look at the new Y-Wing Car Ship in the 40th Anniversary packaging. In the Character Car display we had a nice look at Hera, Director Krennic, and Baze and Chirrut cars.

There was only one surprise in the Ships display, a new Hot Wheels Collector The Force Awakens Millennium Falcon. The ship has upgraded paint apps and premium packaging and is one of the nicest looking releases we’ve seen at this scale. It will be available for May the 4th on HotWheelsCollectors.com.

We asked about the long missing Elite series of ships and was told that the plan is still to release the line but no hard date has been picked.

And if you’re wondering when the 40th Anniversary releases will be at retail, we found them Tuesday afternoon on our way home from Orlando. This was in the Toys-R-Us in Elmira, NY.