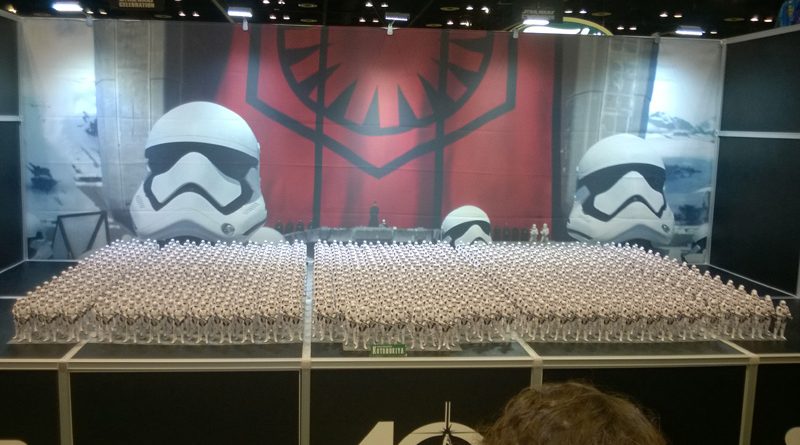 Kotobukiya had a booth at Star Wars Celebration and also attended the Star Wars Collectibles Update panel which was held Friday afternoon. New products include a Return of the Jedi Emperor ARTFX+ statue with him sitting on his throne from the end encounter with Luke Skywalker. To go with him, during he panel, Koto announced that a Jedi Knight Luke Skywalker ARTFX+ statue will be coming soon.

Poe Dameron and BB-8 2-pack were in the display case along with FN-2199 which will include both the helmet with blood and a Finn portrait. We also had a new look at K-2SO which will have light-up eyes. Fans of Koto’s chopsticks line can look forward to new Lightsaber Chopsticks Battle Sets which include sets like Kylo Ren vs Rey, Darth Maul vs Obi-Wan Kenobi, and Darth Vader vs Luke Skywalker.