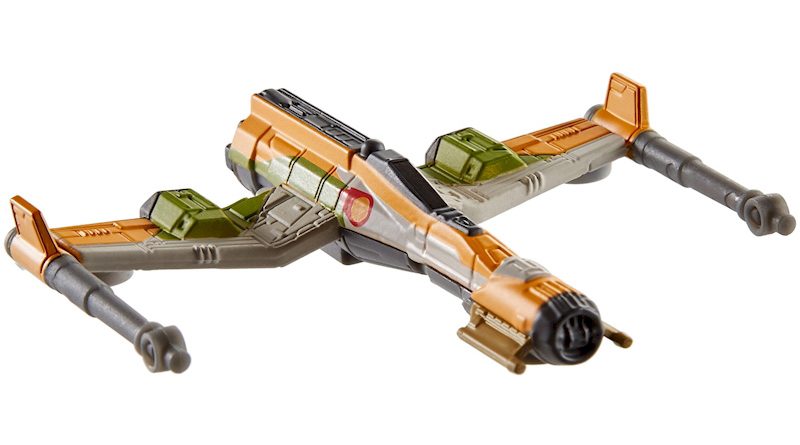 Friend of the Holocron, Steve Rensi, attended Toy Fair this past weekend and stopped by the Mattel Hot Wheels booth. There were three new Character Cars on display, Jar Jar Binks, R5-D4 and R2-Q5. Not at the show but debuted on hotwheels.com were three ships from Star Wars Resistance; Kaz Xiono’s Fireball, Hype Fazon’s Green Ace, and Torra Doza’s Blue Ace.

While he was there, Steve had the opportunity to ask a few questions about current and upcoming offerings for their Star Wars line.

The Concept wave of ships was very popular and when asked if they would ship again or if they would expand the line to artists not included in the first wave, Mattel said that the current vehicles may ship again and the line may be started back up in the future. But, as of now, they’ve moved on to Episode IX.

In the past, Walmart has had some exclusive waves of themed cars such as the Master & Apprentice set. There’s no info about any future sets of that nature as, again, they’re focused on the new movie coming later this year.

We asked about the possibility of future track sets or playsets and Mattel didn’t give specifics but hinted there may be something available for Episode IX.

Both the Character Cars and Carships lines will continue in one assortment going forward. The new Jar Jar Binks Character Car was shown off this weekend.

When asked about the future of the Elite Series, Mattel said that the line is finished. Entertainment Earth and Amazon have recently stocked the final wave which includes Star Wars: The Force Awakens versions of Poe Dameron’s X-Wing, Resistance X-Wing, and First Order TIE Fighter.

And, finally, there were no plans mentioned for Star Wars Celebration in Chicago this April.

We want to thank the Mattel and Hot Wheels representatives for answering our questions and Steve for his reporting.