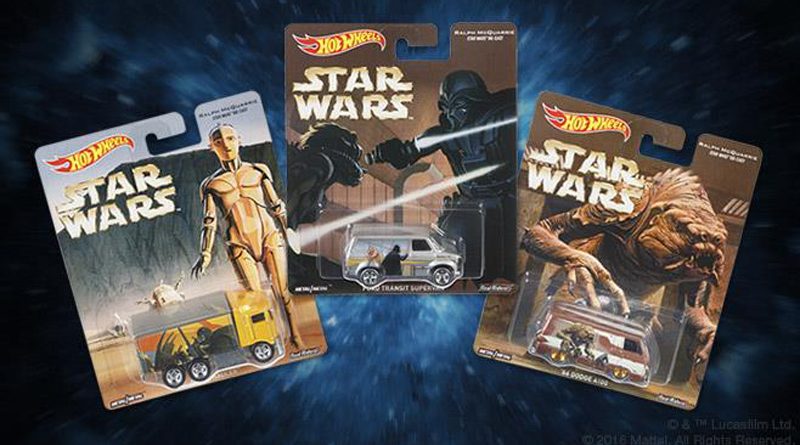 Hot Wheels is showing off six new Pop Culture Star Wars cars featuring Ralph McQuarrie artwork on both the cars and the card backs.  The cars are based on existing Hot Wheels models like the previous Pop Culture Van line or the Saga and Factions releases at Walmart.  The post on HothWheelsCollectors.com says that they’ll be “everywhere beginning in September.”

Not having seen any of these on shelves yet, or read any reports about them, would seem to indicate they haven’t been released yet. Also, all of the releases of this nature previously have been Walmart exclusives but no mention of that this time around. If you’re a fan of Ralph McQuarrie’s work, or just a fan of die-cast cars, be on the lookout for these in stores.

The cars used for this Pop Culture wave include: