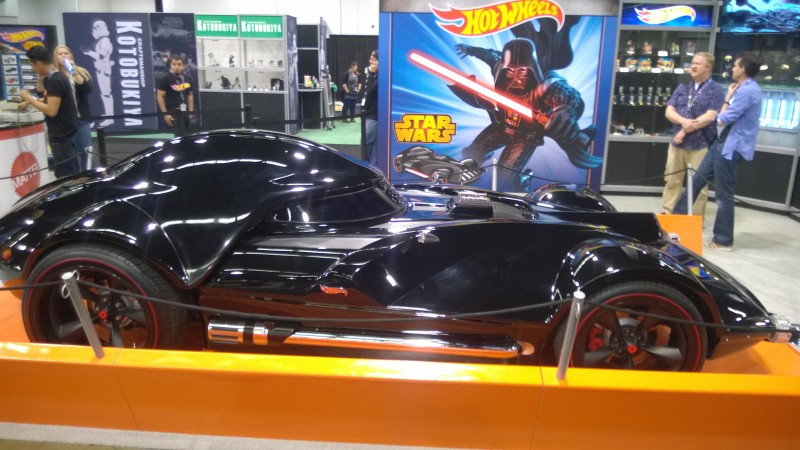 The Hot Wheels booth was really popular at Star Wars Celebration Anaheim.  Not only did they have the 1:1 Darth Vader Character Car on display, but R2-KT was also in the booth promoting the new character car that was being sold to raise money for Star Wars Force for Change.

On display were current and upcoming Character Cars such as the new Boba Fett and Chopper along with the Inquisitor and a really excellent Wicket the Ewok.  The Ships line and two playsets were in attendance and we found out during the Hot Wheels panel that they’ll lauch for May the 4th.

Two of the new Elite ships, X-Wing and TIE Fighter, were in the case and it was also mentioned during the Q&A portion of the Hot Wheels panel that these will be coming in around $75.  They are heavy and feature more die-cast parts than the smaller models.  They’ll also feature opening panels and removable parts such as landing gear.